Japanese Sweet Potatoes are sweet but not overpowering, making them the perfect mashed potato side. The maple butter glaze & pine nuts take this recipe to the next level.

Did you know yams are one of the most consumed foods in the world? Yeah, either did I! There are over 200 different varieties of yams, ranging from yellow to purple.

Some types of yams are harder to find in your typical grocery store. So, if you can't seem to find any Japanese yams look in your closest Asian or Caribbean market. 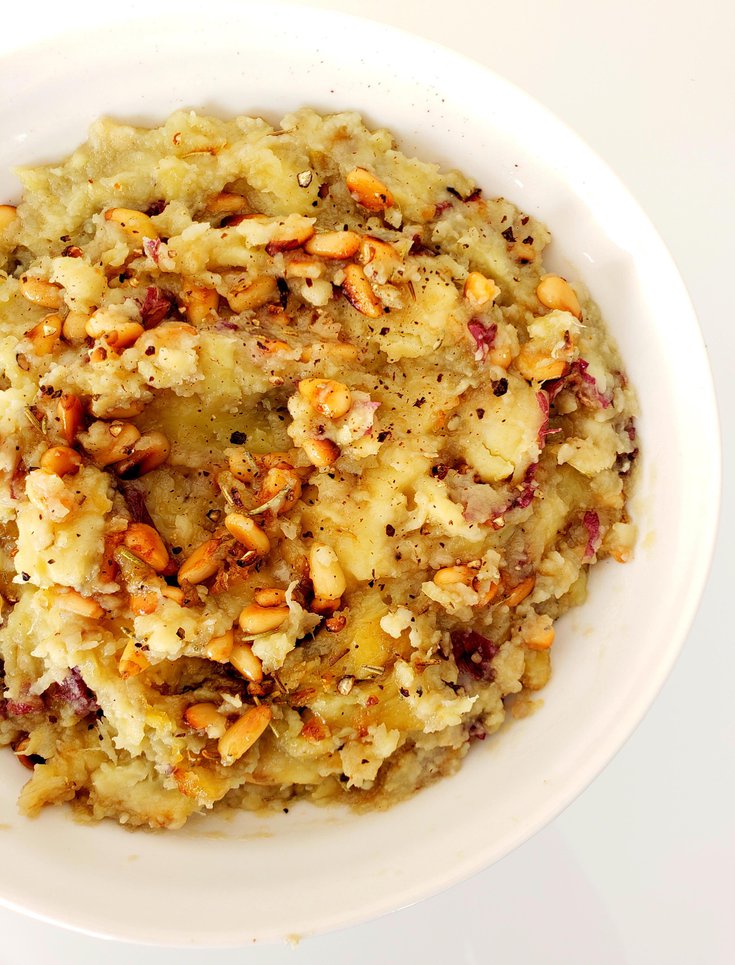 How To Remove The Skin

I have left the skin on the yams in this recipe, but if you want a more creamy consistent texture, you can remove it.

To do this, cook the yams in the oven until a knife can be easily inserted into the skin. Then, wait for the potatoes to cool enough for you to handle them.

Next, cut the ends off the yams and squeeze out the mashed potato inside into a large bowl. Discard the skin, then follow the recipe as usual.

How To Make Mashed Japanese Yams With Maple Butter Glaze

Next, carefully pierce the yams with a knife or fork to allow steam to be released while cooking.

Then, place them into the oven for 40-60 minutes or until a knife can be easily inserted into the side.

Note: You can also boil the yams, but keep in mind boiling strips the yam of some key nutrients.

In a small saucepan, add the vegan margarine, rosemary, maple syrup, and garlic. Cook for about 1-2 minutes over medium heat or until you can begin to smell the garlic. Set aside.

This recipe is quite similar to the classic sweet potato casserole, although the Japanese yam isn't as sweet, which is why I love them! 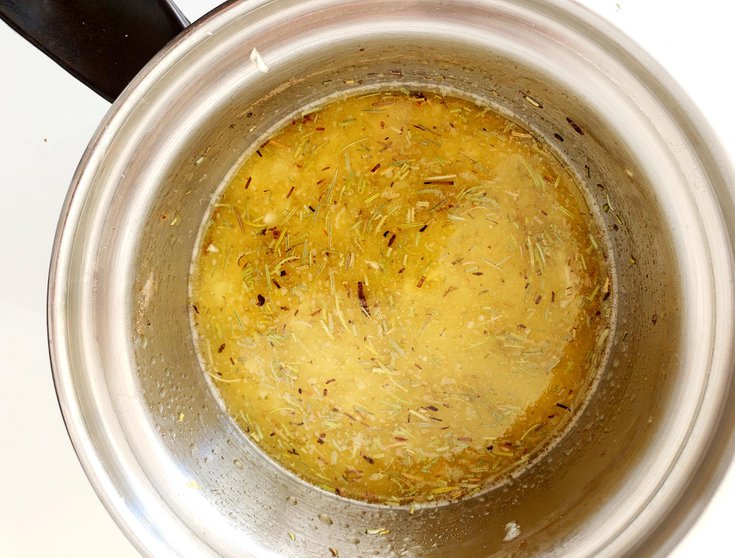 To toast the pine nuts, add them to a small saucepan over medium-high heat.

Then, cook for 1-2 minutes, stirring frequently until golden brown. 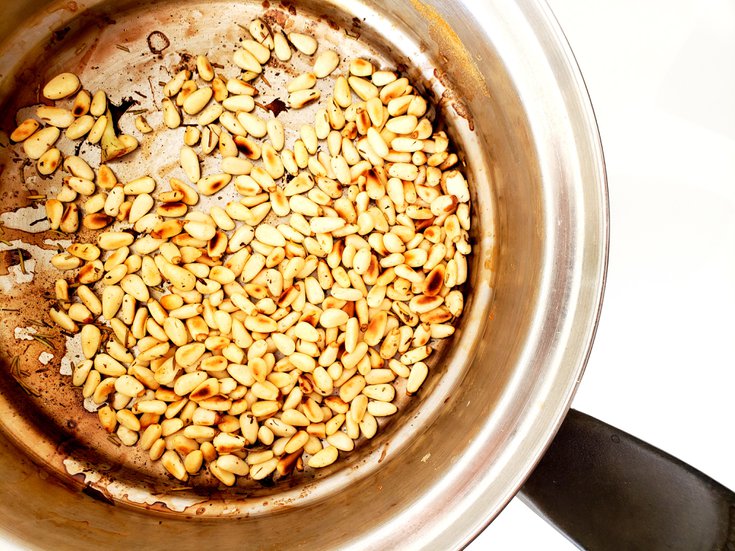 Once the yams are cooked, dice them, then mash in a large bowl, along with 1 tbsp of vegan margarine and 1/3 cup cashew milk.

Press the mashed yams into the bottom of a casserole dish and pour the maple butter over top, followed by the toasted pine nuts. 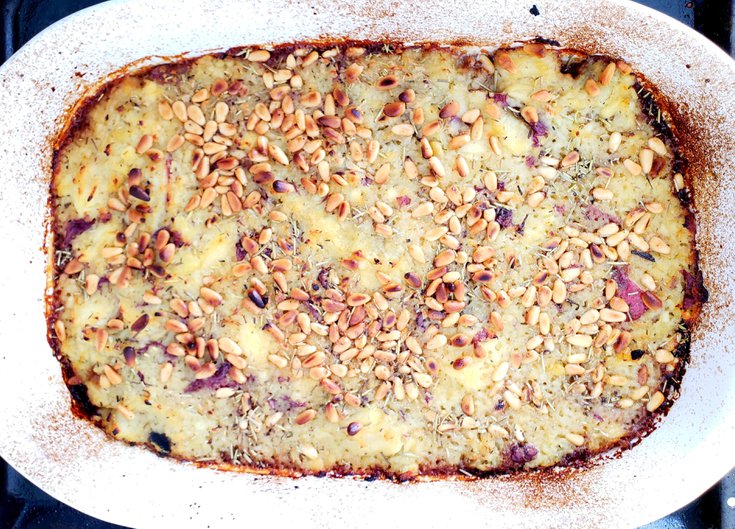 Finally, place the casserole dish into the preheated oven at 375° F.

Cook for 30-40 minutes or until all that yummy maple butter has been absorbed.

Note: If your Japanese yam casserole looks a little water (buttery) not to worry, this will all be absorbed while cooking. 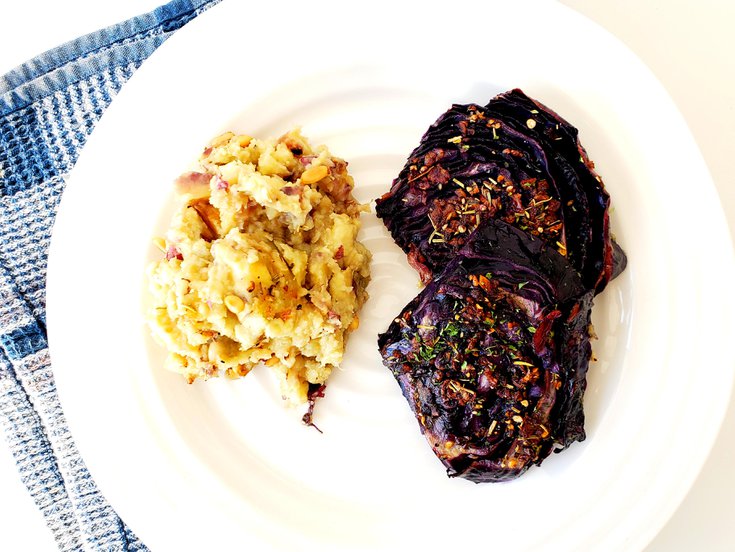 What Goes With Mashed Japanese Yams with Maple Butter Glaze